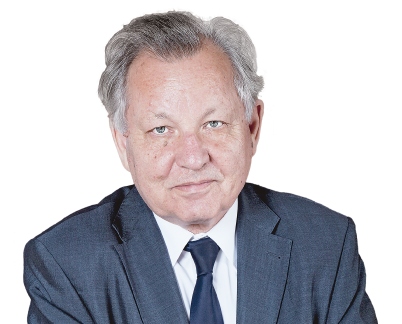 In 1958, he graduated with honors from the Radiophysical Department of the Kalinin Leningrad Polytechnic Institute. He joined the CSRI Elektropribor in 1958 as an engineer, and in 15 years became the head of department and the Chief Designer of Navigation Systems. In 1978 he was appointed the Deputy Director for Science, and in 1983, the First Deputy Director and the Chief Engineer of CSRI Elektropribor and Azimut production plant. He was active as the General Director of Concern CSRI Elektropribor, JSC from 1991 to April 28, 2021. Since then, he has been the Chief Scientific Officer of the company.

Vladimir Peshekhonov headed the development of three generations of navigation systems for large submarines and surface ships, which enabled autonomous navigation throughout the World Ocean and provided the application of all kinds of naval weapons. He took part in the trials of lead nuclear submarines of four projects and the lead nuclear-powered cruiser, including the cruise to the North Pole in 1980.

A prominent researcher in the field of high precision autonomous navigation, Vladimir Peshekhonov has authored over 300 publications on marine navigation, inertial navigation systems and gyroscopy, radioastronavigation, gravimetry and geodesy, and integrated marine systems.

Vladimir Peshekhonov is the Editor-in-Chief of the journal Gyroscopy and Navigation in Russian and English. He is active as the Program Committee Chairman of St. Petersburg International Conference on Integrated Navigation Systems, Conference in Memory of N.N. Ostryakov, and Multiconference on Control Problems. He is the President of the International Public Association Academy of Navigation and Motion Control, which unites researchers from ten countries.